Rishi will fight for peace! 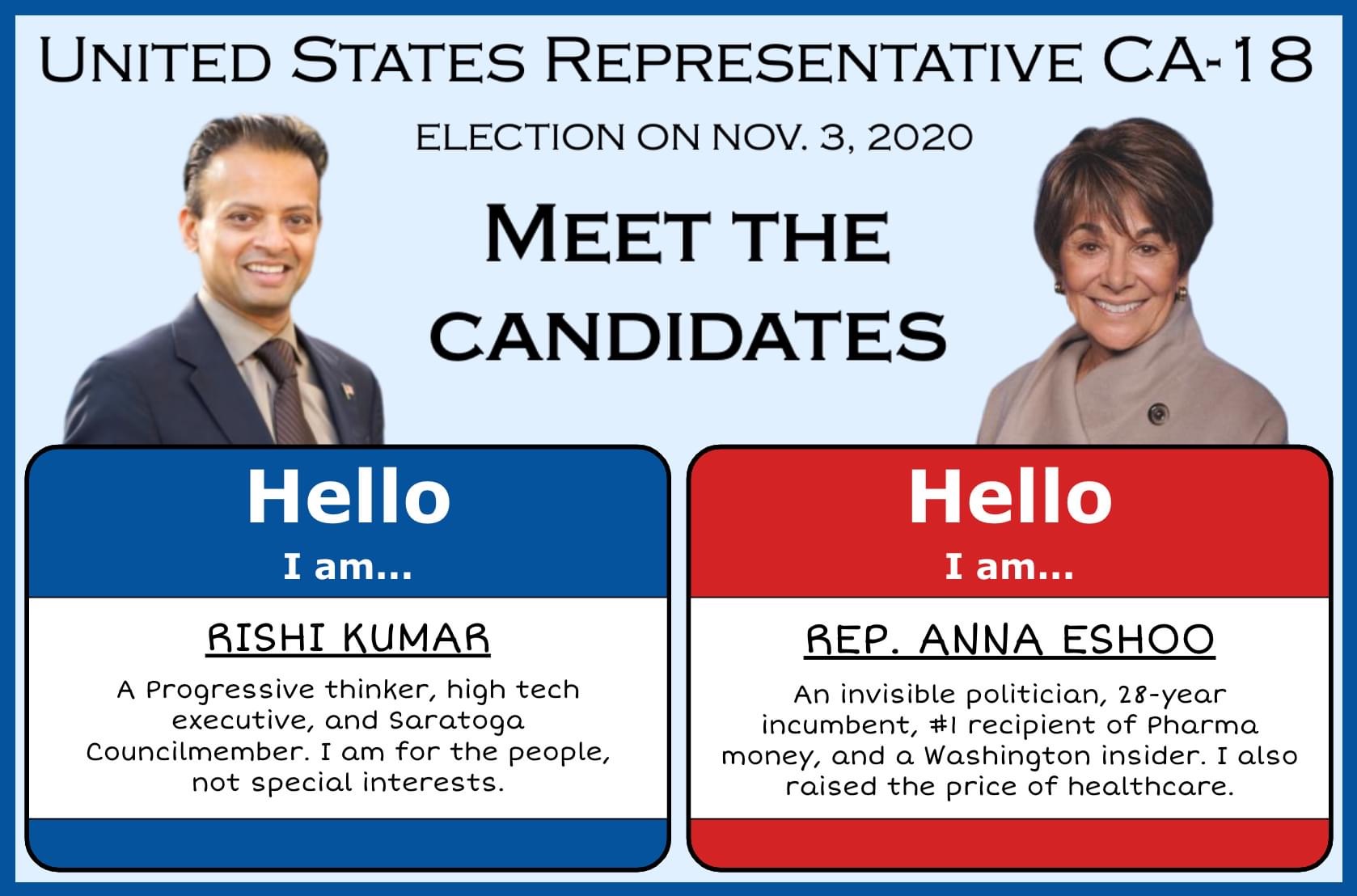 $6.3Trillion have gone towards war since 2000. These dollars would be better spent at home and to prioritize the needs of our country. Our failed foreign policy must end and we must get our brothers and sisters out of harm’s way by withdrawing America from ongoing conflicts.

Uptick in Military: Rep. Anna Eshoo voted YES for the National Defense Authorization Act for Fiscal Year 2020. Spend: President Trump has deployed 15,000 U.S Troops into the Middle East over the last 8 month. Congress just approved a $738 billion military budget, a $22 billion increase over last year. That is a whopping $130 billion increase in the last 3 years. Is this spending justified? Yes, Rep. Anna Eshoo supported this budget increase. Did you know 40 House Democrats voted NO?

Not All Democrats are the same. As your congressman...

NOTE: I do commend Rep. Eshoo for not supporting the war with Iraq and intervention in Yemen and Syria

There is no victory in endless war and I will do my utmost.
https://www.sfchronicle.com/opinion/article/Congress-has-been-missing-in-action-on-war-and-15021774.php