"I’m running for Congress because I’m tired of seeing career politicians who don’t understand Silicon Valley’s innovation economy. Serious quality of life issues such as the housing crunch and increasing traffic congestion are causing an exodus of Silicon Valley talent. As a valley high tech executive, I have the perspective of what it takes for Silicon Valley’s economy - the 19th largest in the world - to prosper."

"We must prepare the next generation to succeed in an autonomous world. We cannot fall behind with emerging fields such as artificial intelligence, machine learning, blockchain technology and cryptocurrency. Silicon Valley must lead the world in technological innovation!"

"We need to seed Silicon Valley's innovation success to other parts of California and America, so that our working-class families share in the economic prosperity. As your next congressman, I will implement the "21 minutes to 21 counties" Mega Silicon Valley vision plan to address our tough challenges. I will host monthly roundtable with valley CEOs to ensure Silicon Valley's continued success. I will invest in education and mentoring of our youth, and launching Entrepreneurship Incubation Centers to nurture start-ups. I have already launched youth Lego Robotics and Entrepreneurship programs, and served on the California Computer Science Strategic Implementation panel for K-12."

"Restoring Net Neutrality is crucial to a sustainable Silicon Valley Innovation culture. Data privacy and online security is a growing American concern. I support efforts such as The California Consumer Privacy Act that went live Jan 1, 2020, and the EU's General Data Protection Regulation 2016/679. I strongly support the Internet Bill of Rights."

"I have the experience and knowledge to partner with our tech leaders to develop synergies for future success. I am prepared to champion the needs of Silicon Valley in Washington." (see video)

Congress missed another opportunity to call out Big Tech. Due to their ineptness with tech, they allowed the executives to deflect from the real problems with ease.

In July 2020, Congress had a historic opportunity to have an educated discussion with the CEOs of the four biggest tech companies of America, Amazon, Apple, Google and Facebook. As usual, an alarming number of Representatives rehashed out of touch questions, doing nothing more than reinforcing their illiteracy with technology.

When it comes to complex subject matter, members of Congress have repeatedly squandered the opportunity to address the core challenges. They rely upon aides who are equally unaware of the complexity of tech issues, and we see congressional leaders reading uncomfortably from papers that seemingly does not make sense or turns into fodder for late night laughter. The blind leading the blind? Yes, we can do better!

As a hi-tech executive, I am fully aware of how complicated even the most basic forms of technology can be. But I can’t say the same for many of our current members of Congress. Instead of asking these CEOs the right questions and requesting a corrective course, some members of Congress brought up irrelevant personal stories about their experiences which clearly demonstrates their bravado, but leaving them exposed.

Our economy clearly depends upon technology, as it establishes America in a position of global power and economic might. America deserves to be represented by those who are well-versed in the impacts of technology — it only becomes more complex every year. But only if our elected officials are technologically literate. Cybersecurity, Net Neutrality, a clean tech economy or green innovation, block chain innovation or even a new digital currency, hinges upon America’s success with tech.

Watch the above video from 2018 and see Congresswoman Anna Eshoo attempt to question Mark Zuckerberg. Rep. Eshoo, my opponent this November, has been a clear example of the outdated, technologically-illiterate Congress that we have regrettably grown accustomed to. Look no further than the Cambridge Analytica debacle, when her lack of knowledge was on full display. How could Anna miss this privacy violation happening on her watch, in her district? The everyday American doesn’t have to understand why her question did nothing to further the hearing, but Silicon Valley’s representative should. A tech savvy leader would ensure they are proactive with these issues, protecting Americans and our country.

Google’s search algorithm has come into question at this last hearing as it relates to partisan politics, but none of the members of Congress were able to articulate a legitimate argument on this point. Here’s what I would do differently. I would question Google’s CEO on the potential existence of a fact checking machine (AI/ML engines) that could evaluate search results. This way, fake news would not be able to spread and alter public perception. Conservatives could also feel assured knowing that they are not being actively restricted by a specific company.

Silicon Valley, the technological capital of the world, deserves to be represented by someone who gets tech. How much better would Silicon Valley be if their representative was just as well-versed in their technology? Don’t you think we deserve better? Do we have faith in these congressional leaders of today?

Vote for a Representative who will make you proud to live in Silicon Valley. Here is my plan to expand our innovation economy and address the Silicon’s Valley issues of today.

Broadband As A Utility

Switzerland was the first country in the world to provide broadband universal service in January 2008, followed by Spain and Finland each guaranteeing 1Mbps.

Critical infrastructure is based upon impacts to people and making sure America is positioned to succeed - such as our economy and education. Broadband is critical in my mind and that is why my policy is to turn broadband into a utility. High-speed Broadband needs to be a utility, because it is a key tool for getting ahead in the 21st century. Improved connectivity drives new environmental and economic opportunities — to advance in the future, we need to advance to broadband as a utility. Broadband networks provide access to crucial social and economic infrastructure, but our government is not acting fast enough.

Broadband should be declared an essential utility and equitable access to the Internet must be a right of every American because in the digital age, Internet access is a significant determinant of one’s equal access to healthcare, education, and government. Broadband is the next essential utility, as vital to economic growth as reliable electricity, clean water and good roads.

As broadband becomes more essential to the economy and everyday life, expectations for ease of use and availability and affordability should be the same as those for water or electricity.

Everyone in a community needs equitable access to affordable and reliable broadband Internet to enable participation in the subsequent indicators of an intelligent community. Beginning with access to broadband, we need knowledge of the workforce, innovation, digital equality, sustainability, and advocacy to build up an intelligent community poised to lead the 21st century economic and social world. Increased access to education, healthcare, government services, and market places all depend on an Internet connection.

The policy should include standards for broadband towards accessibility that include being equitable and sustainable, and striking a balance between competition and cooperation.

The federal government must adequately fund the broadband infrastructure; the idea that only rural communities need to be fixed is false. The urban‐rural digital divide has a direct impact on employment for our residents, the competitiveness of our businesses, and overall prosperity of our country. The combination of incumbent hegemony in wireless and wireline infrastructure is at the heart of the problem.

In conclusion, as your congressman, I will push for broadband as an essential utility; equitable access to the Internet is a right of every American. The national civil infrastructure standards for the construction of civil works necessary to support these changes must be developed. We must address the income inequality, and universal internet access is a critical step to take in this direction. 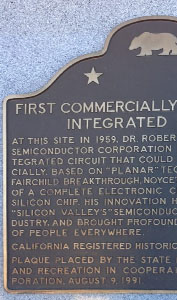 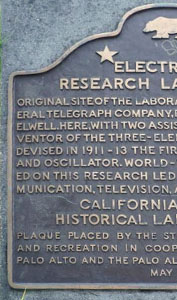