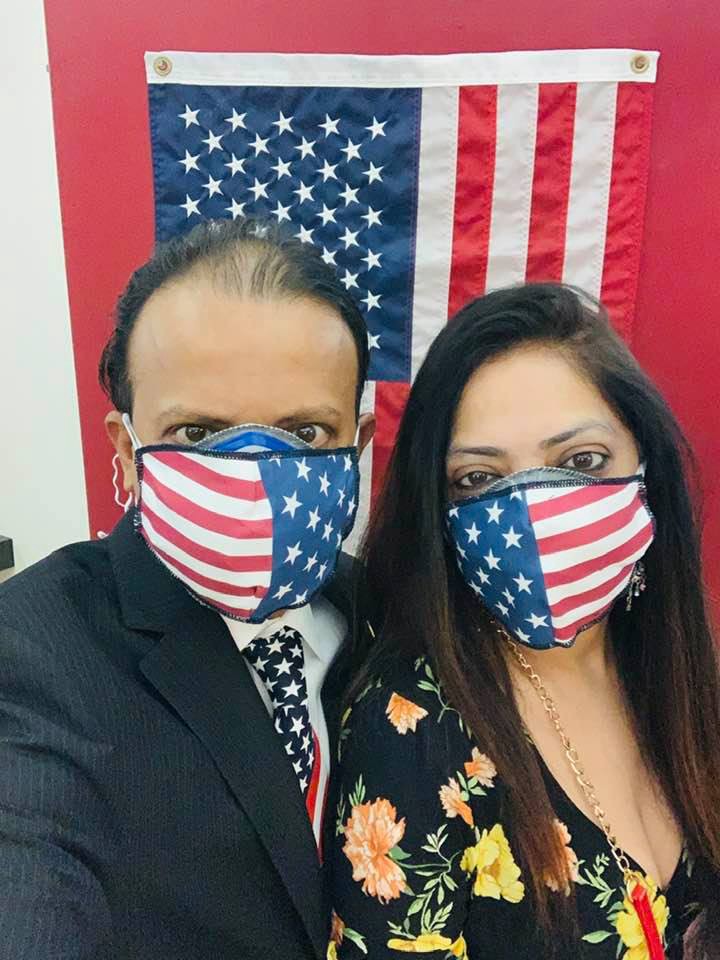 For almost a decade now, my wife Seema Kumar has been side by side, throughout our political journey and helped me juggle both political and community leadership, along with the pressures of a hi-tech job, while raising a family. It has been an incredible journey of togetherness, discovery and…..magic!

Through these years our interests have evolved, we treaded upon new frontiers, but we always moved in unison, lock step and barrel.

And here we are….running for United States Congress. Did we ever anticipate such a ride? Not even in our wildest dreams. 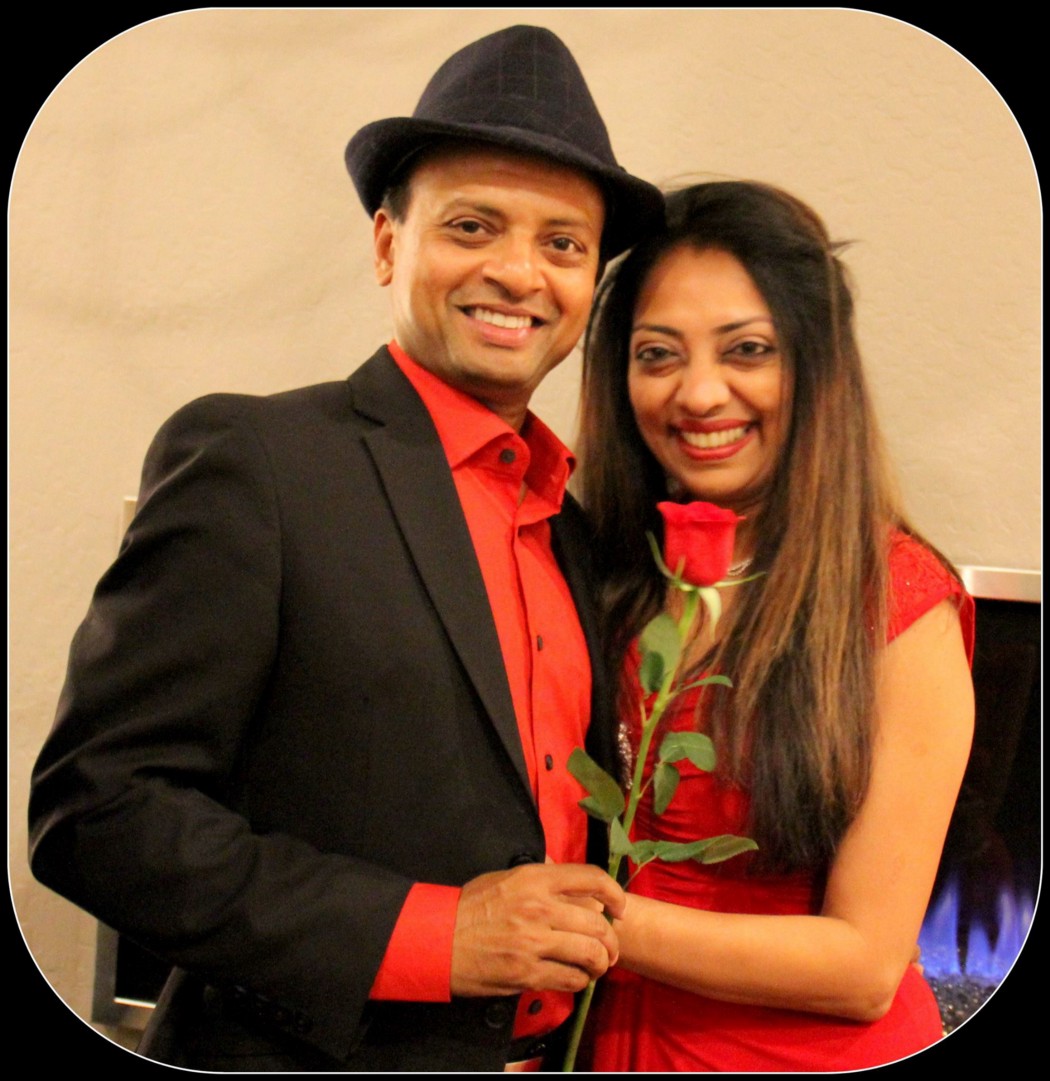 This path of community service started with activism — unwilling to look away when something was wrong. The impact was energizing and became my calling — with Seema reluctantly looking in. It turned into a zeal for community activities and events. Such as the Saratoga’s got Talent, raising money for the senior center. Such as the Silicon Valley Youth Tech Day, Lego Robotics Bootcamp, Entrepreneurship bootcamp for middle school and high school students. Such as a monthly Open Mic in Saratoga Village to bring net new foot traffic to help our struggling businesses. Such as the Neighborhood Safety Watch program we launched for our neighborhood or the block party we organized — an opportunity for neighbors to connect, communicate and collaborate. Seema was the reason why these community activities worked, and did they work well! Many a times we were the only ones (with a few dear friends) left behind to “clean up the mess” but Seema only gives, without expectations. Not once did she express frustration.

And a door opened. Taking the community activism, the community organizing, and giving it a platform. Being part of an election run! Something that neither of us had ever done in our life.

Today we are 8–0. This is the 9th run and we are pushing it hard! Seema has been instrumental juggling her own hi-tech job with our children, home and everything else — and always with a smile.

With every election from 2013 to 2020, whether it was running for Delegate or Executive Board Member of the California Democratic party or for United States Congress, the wins became easy with her. Let us take 2014, which was in hindsight the most important run. If Seema had not decided to jump into the campaign and channel our campaign into a concerted path, my win that year would have been impossible.

Admittedly, Seema was not at first keen on this public life. When I first wanted to apply to the Planning Commission in 2006, she called it out — “You don’t want to make a fool of yourself!” I am not sure who was more surprised between the two of us when I was appointed.

Community ideas started manifesting in the Kumar home and Seema played along, little knowing where it was going.We launched an open mic monthly gathering at Blue Rock Shoot, and she was present at every event, in spite of a tiring day. We were singing and dancing to keep it lively and fun — we were gaining new skills. This led to our first large scale community event, “Saratoga’s Got Talent,” raising money for the Saratoga Senior Center. I was overly stressed about it for months — this was the first such venture with the additional pressure of raising funds — but she always maintained equanimity, an eye for the details and ensuring that every event ended well. 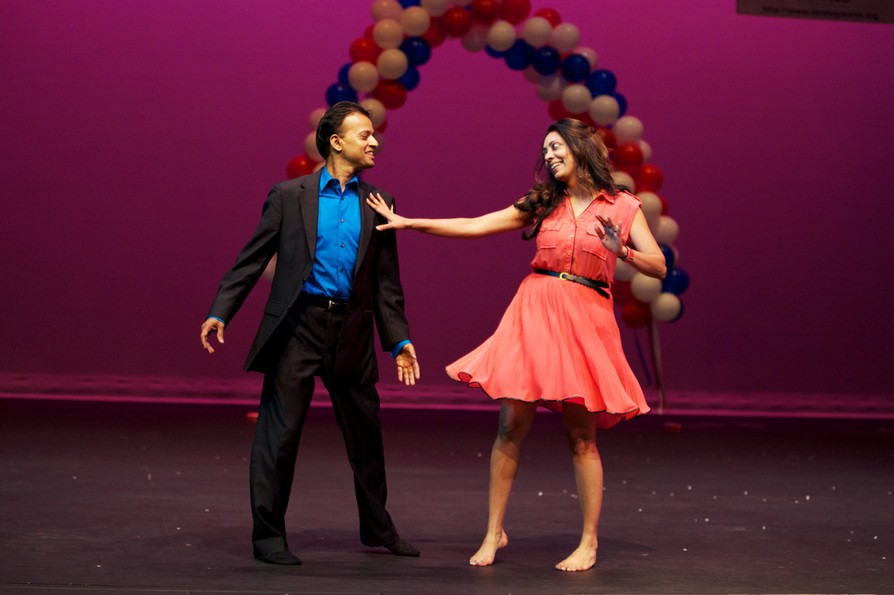 As a councilmember, when I launched the Neighborhood Watch program effort to drop Saratoga burglaries, it meant inviting neighborhoods to a safety discussion. Once again Seema was with me as we went door to door — hundreds of homes in each neighborhood sometimes — inviting neighbors to the neighborhood meeting. Rain or shine, Seema never hesitated, but also found a way to optimize and engage the larger populace into the effort.We did over a hundred neighborhood meetings in the span of 18 months — with the help of hundreds of neighbors and friends. We dropped burglaries by 47% — the largest drop compared to any other Silicon Valley city. It changed Saratoga — now neighbors knew their neighbors. We had elevated the happiness index of Saratoga in some ways.

And the 2018 re-election win still makes amazing memory. Seema was at her A-game as we executed a precision campaign knocking on every door in Saratoga that had never been accomplished before. Our Saturday morning, Breakfast of Campaigns in our backyard was an event that attracted very many friends and a few strangers — soon to be friends. After a sumptuous breakfast, we would get out to walk & knock, clipboard in hand, campaign material and a smile. What?? We got the most votes in the 60 years election history of Saratoga? A lot of the credit goes to her — pretty obvious.

And a few months later, the campaign for Congress began. It was too soon, and Seema being the supportive wife she is, knew that there is never a perfect time. Here we are running the campaign of our life.

We made it to the runoff after the primary on March 3rd 2020, and are today running a hard campaign to represent Silicon Valley in Washington DC.

Yes, it takes two to tango and win!

And our team intends to do just that in November. You can help support our effort at https://rishikumar.com/contribute

Make sure you join our election night party on November 3rd. Seema and I plan to shock the world!