Kumar for Congress to take on Big Pharma

There is no more critical time than now to elect people that represent our best interests and offer a better future for our children. As a physician, I have witnessed people die due to the exorbitant costs of life-saving medications.

Ten months ago, I stood at the doorstep of Rep. Anna Eshoo, demanding that she endorse HR 1384, the Medicare for All Act of 2019, with no response. Rep. Eshoo is a leading recipient in Congress of Big Pharma money, an industry that literally profits off of human suffering. Not only does HR 1384 save lives, but it is essential for small businesses and entrepreneurs, especially in a pandemic.

We have an opportunity to turn this around by electing a candidate who refuses to accept corporate PAC money and supports HR 1384. Rishi Kumar, running against Rep. Eshoo, is one such candidate. It's time to replace those who have gotten too comfortable in their seats in Congress.

Video Endorsements of Our Residents 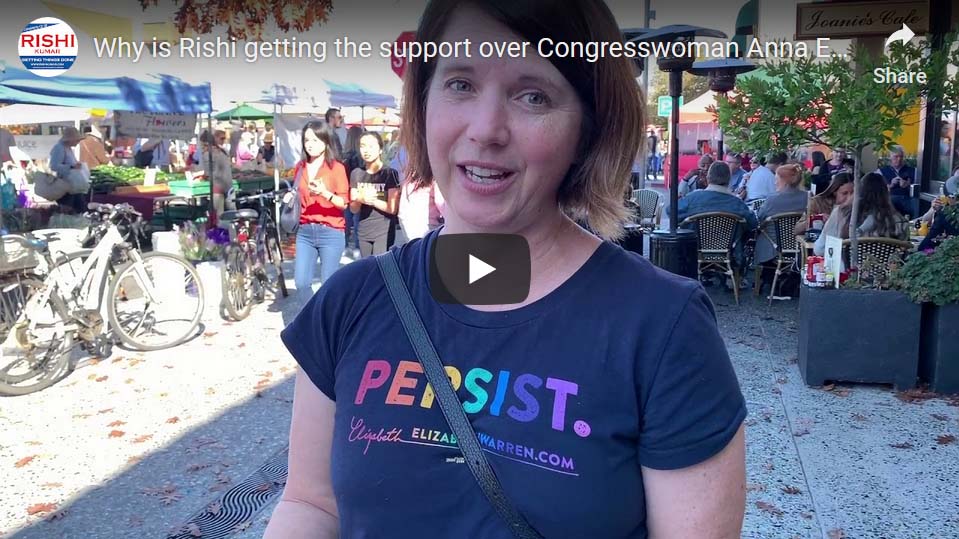 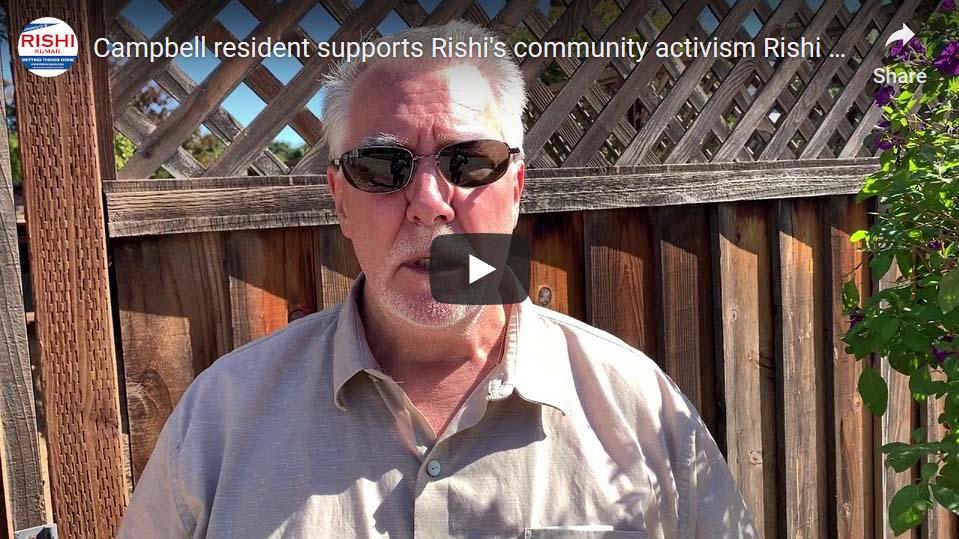 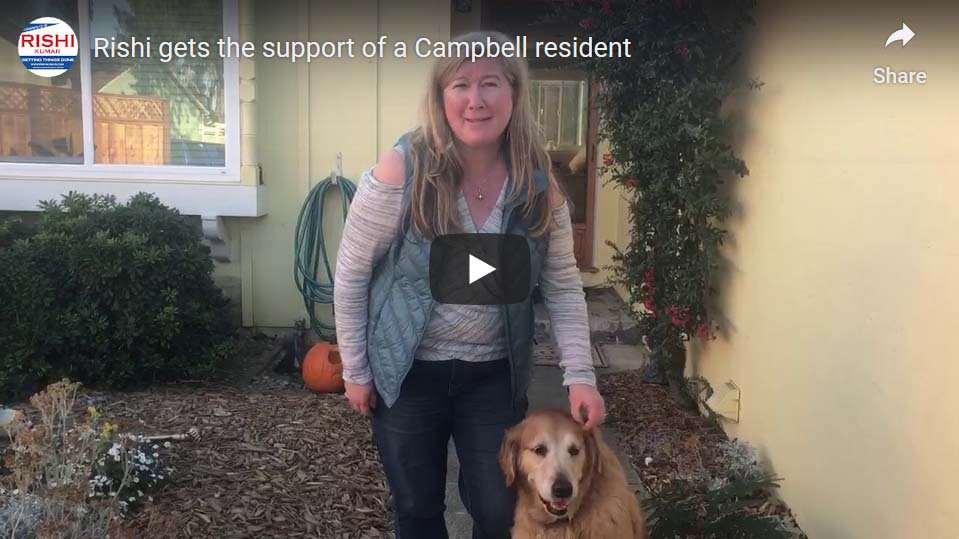 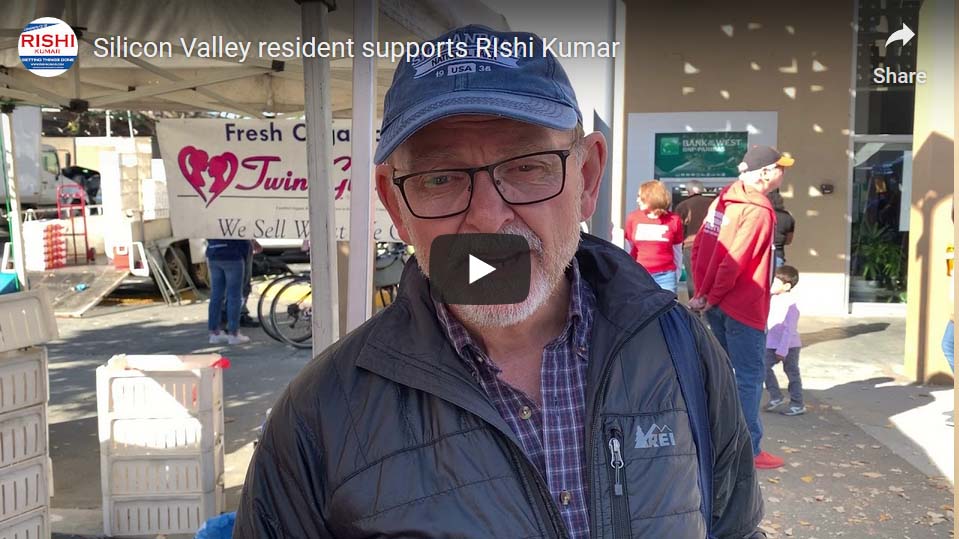 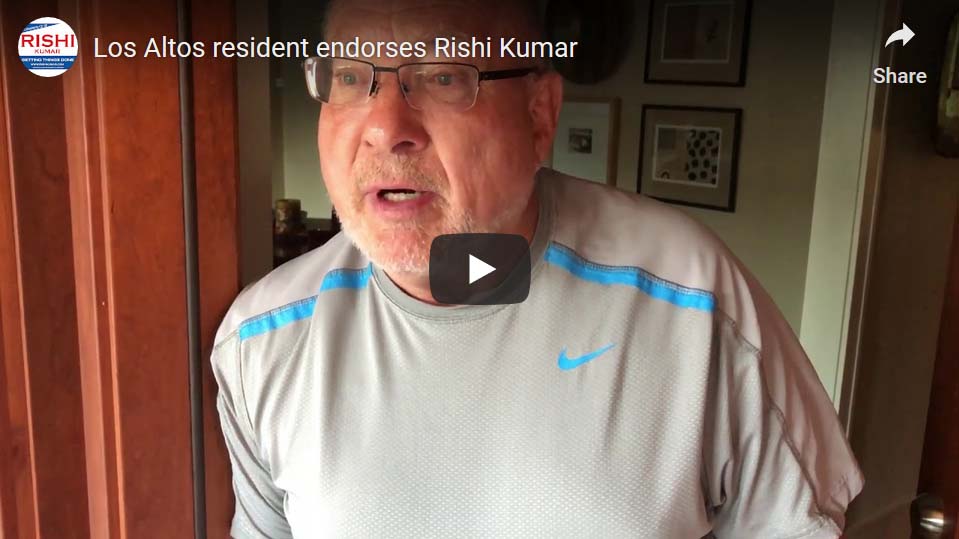 Note: Titles and Organizations listed below are for identification purposes only

You've earned my vote for this election, and subsequent ones until someone who comes along with views closer to mine. Thomas Brinly
Yes. He's a progressive and he's running to replace the corrupt Anna Eshoo. Jim Somers
Only guy to reach out to me Sridhar Sikka
Need someone like you in there to shake this stuff up Rishi!
Your tireless effort to fight these increases won't be appreciated by many who aren't paying attention to the issues but are appreciated. This is a real politician, someone who fights for their constituents, not someone holed up in Washington who hides behind moderators on her town hall calls who decides what topics get discussed. Nice work sir.
Glad you are bringing this to people's attention - people need to pull back the curtain on the deals that are done in the shadows. Need a guy like you who is willing to call out the status quo. Greg Holsen
I’m a Veteran and voting for Mr. Kumar. Why? I believe in his ideas and common sense attitude. Kumar 2020 Eagle Feather Fuentez
I am excited about Rishi Kumar’s run for U.S. Congress. His passion for his community and his fearless activism, as evidenced by his fight against water rate increases and crime, make him an excellent candidate. Rishi is not beholden to special interests; he is a results driven, hardworking advocate for his constituents. You can be assured that he will fight for us, and when there are tough challenges, Rishi will tackle them with the tenacity and integrity to succeed in Washington. Mayor Liz Lawler, Monte Sereno
Mr. Rishi Kumar, would love to see you take her seat...I will vote for you, as well as my Wife and Son... We need progressive Representation from our leaders...best wishes and God Bless... We attend many Social Events...I will make it a point to stop and say hello to you. You're the kind of leader that we need... Congratulations on your Campaign... Looking forward to shaking your hand. 🇺🇸 🇺🇸 🇺🇸...Americans for a better tomorrow, and Veterans too!..US ARMY, Infantry Sgt. Dmz scouts Korea. 82 - 83. Alex M Sanchez
You know it , I thought i was going stop doing politics but I'm still in ill tell you that you blow her out the water just being yourself we know everyone you run against going to be about big money but you listen and talk to us the small guy you always reply she never do that for us i never seen her doing anything near what you do on your platform Ronin Wolf (Mountain View, California)
I'm loyal to you man you earned it bro keep fighting we will support you. “go Rishi go! Ronin Wolf (Mountain View, California)
Keep fighting, Mr Rishi Kumar. We need new people, with new ideas. Even this life-long republican, who probably doesn’t agree with your stance 100% of the time , is supporting your efforts. GO RISHI, GO!! Elizabeth Stabenow-Roberts (Los Altos, California)
Vote out ALL long term Reps.! Corruption is killing our country! She doesn't represent the will of her constituents, she votes for her own pocketbook and her puppet-masters. TERM LIMITS! GO RISHI!!! John Gary Marsh (San Jose, California)
Federico Flores does anyone reading this have any experience being helped by Anna Eshoo or know anyone who has? All of Saratoga knows who Rishi Kumar is and he has done more in his first year on city council than all the other city council members combined.“Federico Flores and yes that includes working on issues I care about and personally helping me and my neighborhood. Lenny Pollak (NA)
Rishi Kumar only!!! He has my vote .... no more Anna eshoo 😡 we need a change and new ideas from Rishi Kumar 👍 Koky Rivas (Redwood City, California)
Thank you Rishi Kumar!I voted for you in the primary and I will vote for you again in November. Anna Eshoo is okay but she has failed to support many progressive issues. Rosalie Alice
Love Rishi Kumar. He has my vote. The only honest candidate. Steven L. Palmer (Los Gatos, California)
Time to love Rishi Kumar and vote for him!!!!! Steven L. Palmer (Los Gatos, California)
No way!!! I’m with Rishi Kumar all the way!! Karen Ferguson (Menlo Park, California)
I support you, Rishi! I had to block everyone who commented on this feed. I suggest you do the same… Karen Ferguson (Menlo Park, California)
This country NEEDS to go in a progressive direction!✌️ Brian Burwell (Redwood City, California)
Rishi!! All the way! Leena Sujan
Rishi sir will win definitely Soni NK (NA)
He gets my vote Dawn Smith (NA)
Rishi will win Dawn Smith (NA)
go Rishi go! Dei Grazie Lum