Silicon Valley is the 19th largest economy of the world, but is currently impacted with a severe housing crunch, high cost of living and congested traffic due to decades of inaction. Our rush hour commute time goes up every year while local laws are being threatened (check out SB35) in order to build new housing, preempting local control and with absolute disregard to urban planning. Meanwhile, The Santa Clara Valley Transportation Authority (VTA), the agency that plans and operates the county's road and transit network, has been called out as one of the most inefficient organizations, losing about $9.30 per rider. In America, the transport sector is now responsible for emitting more greenhouse gases than any other, including electricity production and agriculture. Globally, transport accounts for around a quarter of CO2 emissions.

A high-speed net zero GHG transportation system such as the hyperloop, would bring every job in the region to within a reasonable distance of every home. U.S. Department of Transportation’s direction from July 28th, 2020 establishes regulations for hyperloop technology. The Transportation Department has categorized hyperloop under the Federal Railroad Administration, making it eligible for government infrastructure funds. Following the coronavirus outbreak, and momentum for low-carbon policies, Hyperloop capsules make a very good consideration due to their low density nature, permitting volume but not compromising speed or safety. Such a high-speed transportation technology would allow Bay Area residents to live in more affordable areas without having to spend an impractical amount of time commuting, or even worse, being pushed out if the Bay Area altogether as housing prices rise. Eco-friendly and noise-free, tunnel based cutting-edge transportation system operates at a top speed of 760 mph, reducing commute times between any two counties of the megaregion to under 21 minutes. We have to preserve and improve the diversity and quality of life that the Bay Area is known for. We must make Silicon Valley increasingly accessible and affordable attracting the best talent of the world. Such a transportation-housing plan will be a step in the right direction. 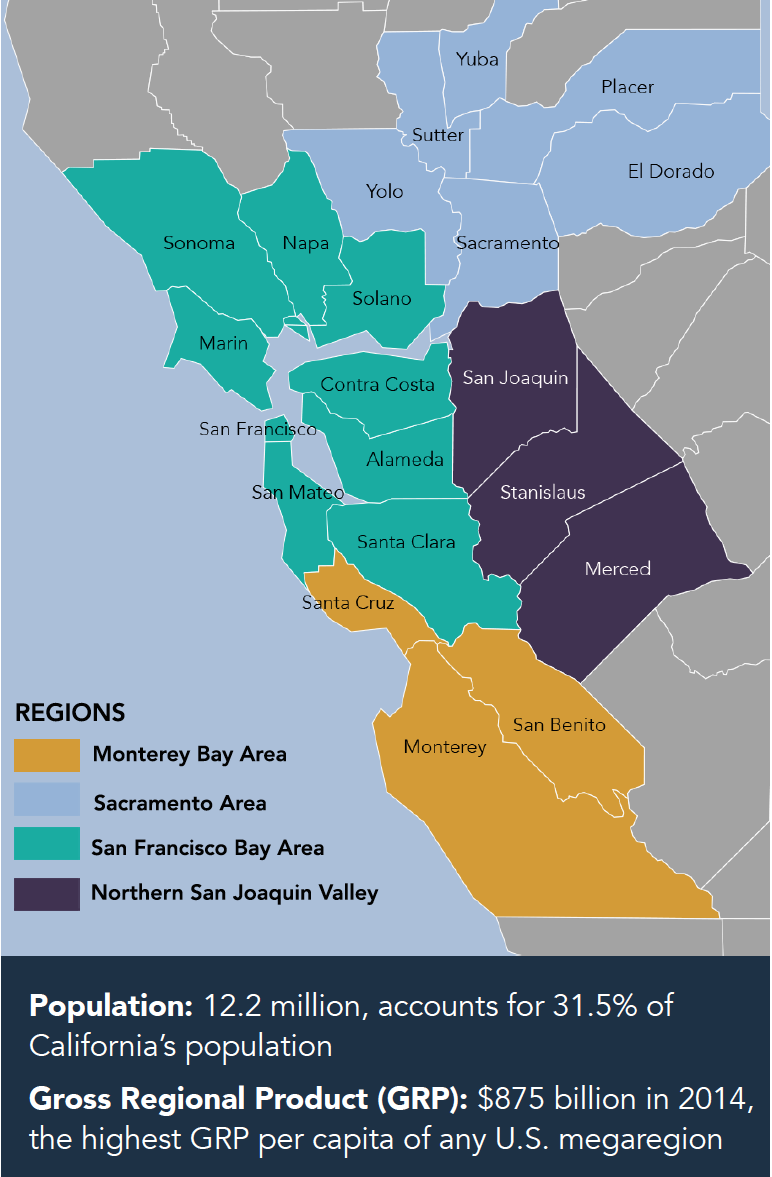 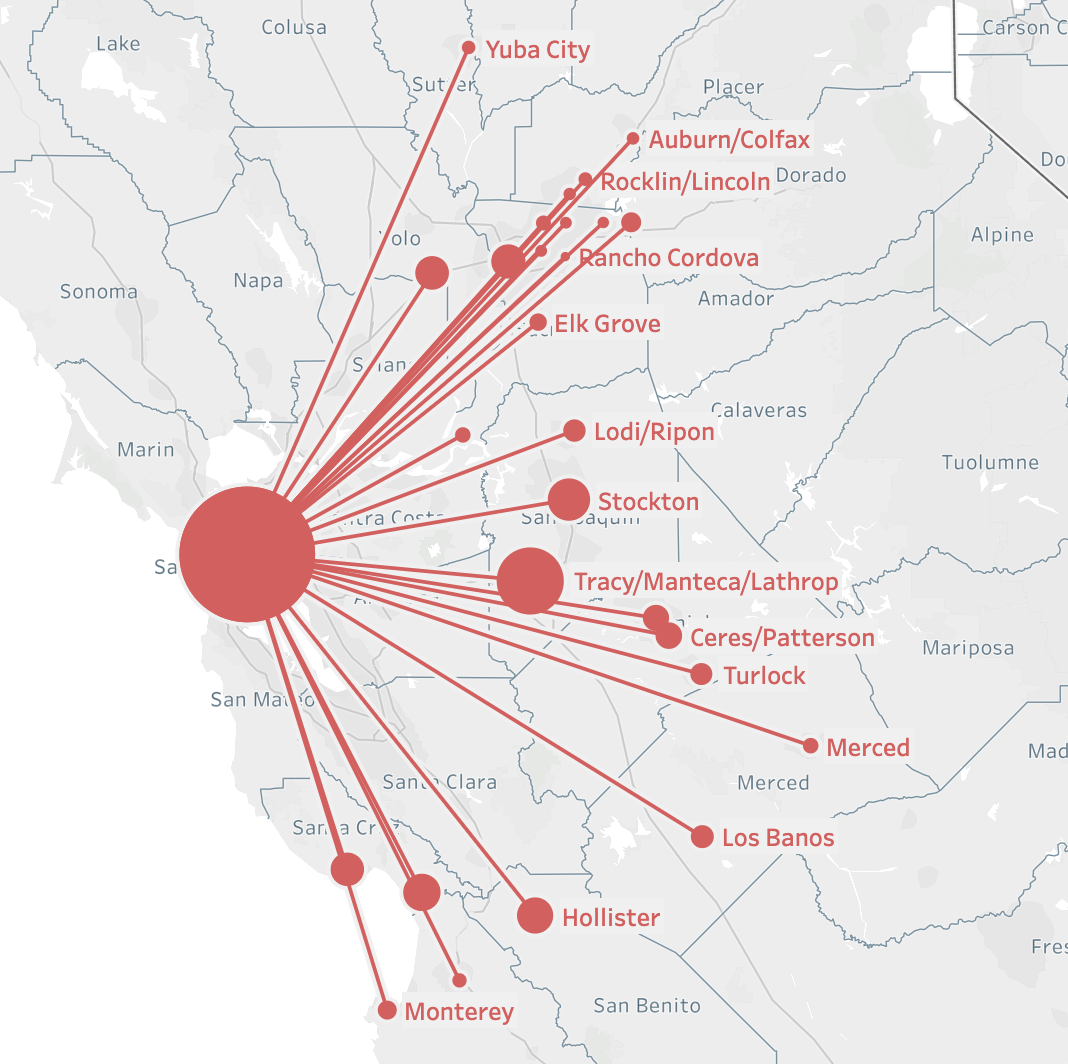 A Mass Exodus from Silicon Valley?

Silicon Valley's stunning vistas and idyllic weather make it one of the most beautiful and desirable places in the world to live. But with a median rent of $2,860 and median home price of $1.3 million, the stark unaffordability of Silicon Valley housing is leaving many people out of the market. Nearly 55 percent of local millennials are expecting to leave the Bay Area because the cost of living is simply too high.1 As per Silicon Valley Leadership Group, “At the same time, other economic indicators foreshadow deeper trouble. A net average of 165 residents left Silicon Valley each month in 2017 — up sharply from the 42 per month who left in 2016, according to the report. More alarmingly, the outflow is “a sharp reversal from 2015, when the region gained a net average of 1,962 net new residents per month through migration.” We are losing a diversity of talent as teachers, firefighters, musicians and artists can no longer find affordable housing. Rates of homelessness are among the highest in the nation, and continue to rise. Longtime residents are losing hope that their children and grandchildren will be able to remain here, even though they’ve called the Bay Area home for generations. This is a colossal failure on our part.

Between 2010 and 2015, Silicon Valley gained only one housing unit for every six jobs added.2 This has the effect of pushing workers’ commutes further and further out. Indeed, commute times in the Bay Area are taking longer every year. Some estimates show the average Silicon Valley commuter losing 67 hours in traffic every year.3 That’s over eight working (or vacation) days! Long commutes like these are unsustainable and decrease quality of life, but also make it more difficult for more distant residents to access essential services like healthcare. More vulnerable populations who are unable to partake in car culture do not have reliable and efficient public transportation to access physicians or coronavirus testing.

The Manhattan borough of New York City serves as an excellent example for us. During the day, Manhattan roughly doubles in population as workers arrive every morning from Queens, Brooklyn, and The Bronx. Roughly 80% of these Manhattan-bound commuters arrive by public transit. The median house price in Manhattan today is $1,549,000, whereas the median prices in the boroughs are about one-third to one-half of that. By making use of available public transit, commuters are able to work within a reasonable distance of affordable homes.

However, the city of New York measures only 35 miles across at its widest, while the distance across the Northern California Megaregion (12.7Mb, pdf) north to south is well over 300 miles. Furthermore, the current state of public transit in California is clearly inadequate for our needs. 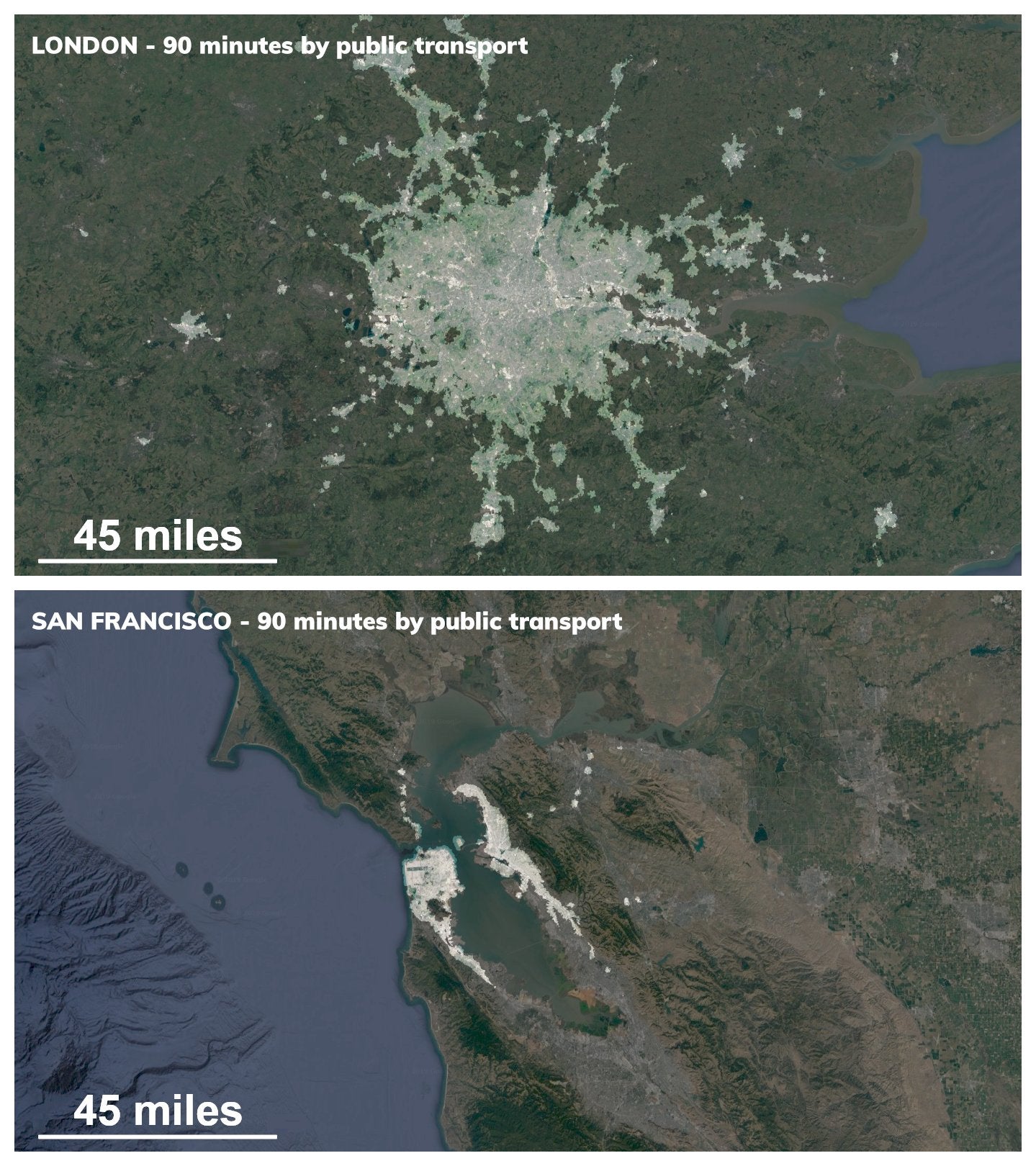 This picture, comparing the public transportation systems of San Francisco and London, says it all. According to the Bay Area Council, in 2017 more than 86,445 workers traveled from 60 to 120+ miles daily from the northern end of the Central Valley to jobs in the Bay Area. There is a lack of cohesive, affordable, fast transit options into and within Silicon Valley. Our public transportation network is one of the most inefficient in the country. The VTA has the highest cost per passenger, and one of the highest hourly operating costs in the country. The VTA rail system is used by fewer than 5% of Bay Area commuters, and those who drive are stuck in traffic for hours each day.

Meanwhile, the Bullet Train is going nowhere. The initial estimated cost of $40 billion in 2008 has ballooned to between $77 and $97 billion. We need a better solution: a transportation system that will be able to bridge the distances across the Northern California Megaregion, reliably, efficiently and economically connecting workers to both affordable communities and high-paying jobs.

A cutting edge transportation system is the answer

Large, high-density metro areas all over the world have been looking to the Hyperloop technology to ease their housing and traffic issues. Eco-friendly and noise-free, this cutting-edge tunnel transport system operates at an average speed of 600 mph, with a top speed of 760 mph. As per Elon Musk, the cost of building the system is estimated to be as little as one tenth the projected cost of the bullet train.

Why should children miss their parents, while they are stuck in traffic? 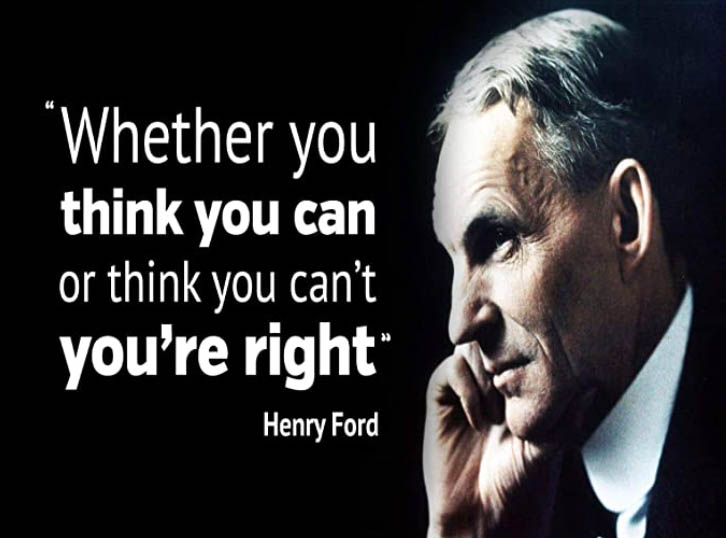 What would a high speed transportation system mean to the average worker here in Silicon Valley? Let’s say you work in San Jose. The median price for a home there is over $1million. In nearby Mountain View it’s $1.6 million. A median-priced home in Yuba City is only about $300,000 but Yuba is 150 miles from San Jose. Even without traffic, that’s over a 2½ hour drive one-way. However, the hyperloop could cross that distance in less than 15 minutes. You could walk your child to school in the morning, hop on the hyperloop, put in a full day’s work and be back in time to help with homework before dinner. It means you could afford to buy a home within an easy commute of work, and have time to spend with your family in the evenings.

When will we see a live hyperloop project - read this

The first hyperloop will go live in 2022. Yes, projects are happening as I type. Mumbai, New York, Abu Dhabi and Mexico City are working on projects.

"Virgin's hyperloop One company has signed a deal with the government of Saudi Arabia to build a test track. hyperloop One has started or performed feasibility studies in the Netherlands, Switzerland, Moscow, Los Angeles, the UK, as well as Finland and Sweden, where the company found that a 300-mile hyperloop between Helsinki and Stockholm would cost about $21 billion. Earlier this summer, the company performed a full-scale test in the Nevada desert in which the hyperloop pod reached almost 200 miles per hour. The team that designed the Chicago / Columbus / Pittsburgh proposal, for example, was supported by the Ohio Regional Planning Commission, the Indiana Department of Transportation, the Ohio Department of Transportation, the Chicago Metropolitan Agency for Planning, the Columbus Airport Authority, and more."

"When Elon Musk first proposed the hyperloop in 2013, he envisioned a route from San Francisco to Los Angeles costing about $6 billion, or $11.5 million per mile. But leaked financial documents from hyperloop One (obtained by Forbes) put that cost closer to $13 billion, or $121 million per mile. That’s still less than the projected cost of California’s high-speed rail line, which is expected to reach $68 billion."

"hyperloop Transportation Technologies’ first commercial lines are expected to open to the public by 2022, the firm’s CEO said Tuesday.. HTT is one company in the space that has gained considerable traction, signing deals with multiple countries to test its technology. Rivals include Musk’s Boring Co., Virgin hyperloop One and Canadian firm TransPod.

"Virgin hyperloop One is likely to start construction of the Mumbai-Pune hyperloop project in 2020. The ultramodern, superfast transport project aims to reduce the travel time between the two cities, located around 200km apart, from four hours to about 25 minutes." $8.6 billion for 100 miles. 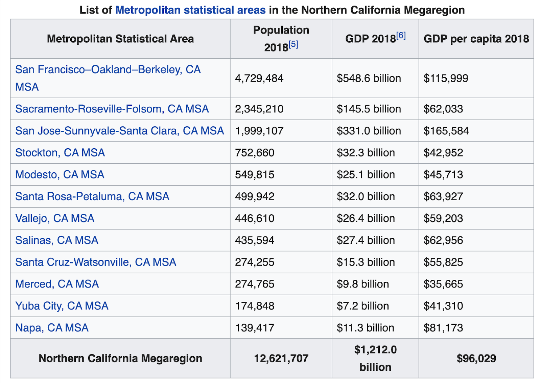 Expand light rail? it is a crazy idea

Below are key conclusions from the above report:

Conclusions of the report:

The Restructuring of the Board, and a focus on more innovative solutions are necessary to improve the VTA and transportation in the Silicon Valley.

Why not Eastridge project: