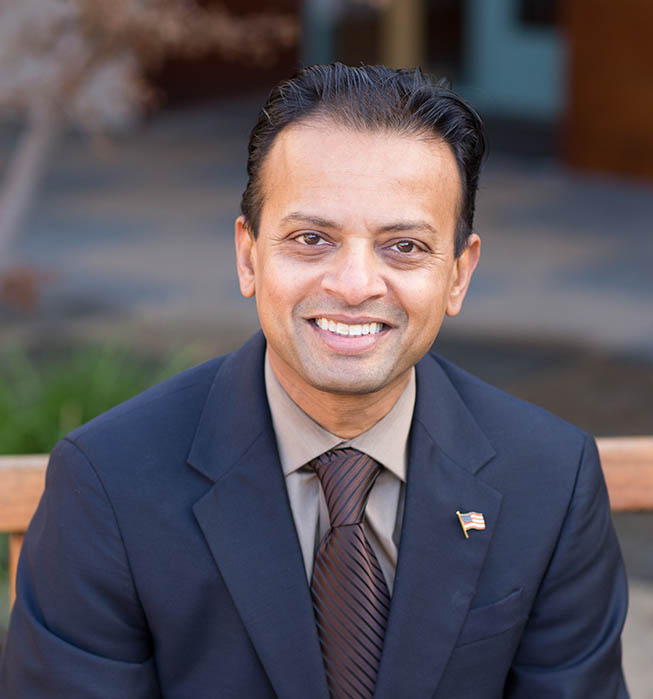 I believe that our nation cannot be divided. We are not the blue states or the red states - we are The United States of America!

America is tired of partisan politics and of political rhetoric that are considered sure shot vote banks, shirking away from the core issues that deserve attention. People want a bipartisan approach to problem solving. If we continue to fight political fire with fire, it will only burn the house down. We need a unifying vision - not divisions - that can guide policies that will serve the interests of our nation and of our people.

Our politicians need to put the country before the party, allowing us to make progress to a fair nation that is working for the interests of all.

The pendulum of political power is always swinging. For laws that will stand the test of time, we should do so in a manner that won’t lead to laws undone whenever power shifts hands. And as we have seen, the presidency tends to oscillate between the two parties. Keeping 9 supreme court judges is an example and I stand by doing exactly that. If Democrats pack the courts, when Republicans get the opportunity, they will do the same. It will become a vicious cycle. Where does it stop?

The implementation and public acceptance of any law becomes so much more arduous if it’s accompanied by partisan bickering and the support of only one political party. When we go through debates, and having to negotiate positions, the additional due diligence makes for stronger laws that will pass the test of time.

A bipartisan approach - middle-of-the-road policymaking is desired by a majority of the country. We currently have a thriving medicare program for our seniors. Why not expand it? The healthcare problem is important to address and it is never about destroying the “other side.” We should choose positive approaches, in comparison to an agenda that stems from creating roadblocks as that is what politics demands. It is a no-brainer to have an American economic model that ensures equal opportunity and social mobility for all Americans.

Our Constitution begins with “We the People” that makes people ensconced firmly on the driver's seat of our country. Our national motto, a latin phrase: e pluribus unum, “one from many” is the motto proposed for the first Great Seal of the United States by John Adams, Benjamin Franklin, and Thomas Jefferson in 1776. This was a strong statement of the American determination to form a single nation from a collection of states. I will always put the people first and not partisan politics.

I seek to change the broken culture of Washington, the culture of extremes, restore the trust in politicians and our political system, and align with a common purpose of building a stronger nation. This is my agenda and I will always stand by values that favor American people and not the party.